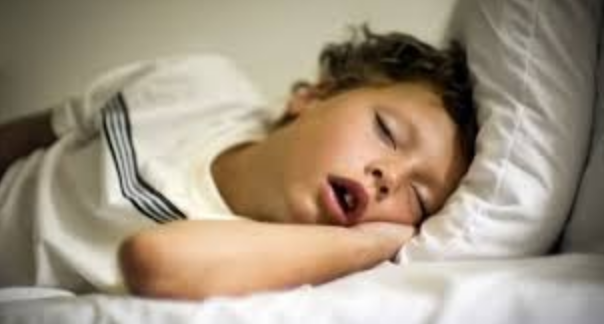 At Dental Sleep Medicine of Greenville we often say caffeine leads to arousal fragmentation. We’ll get on, but they don’t meet the strict criteria for obstructive sleep apnea and can mimic specific sleep apnea and symptom severity. And so for that reason, we must consider treating patients who are symptomatic even if they don’t quite meet our diagnostic criteria. Alright, so I want you to pause for a second and just try to guess in your mind. What age group has the highest prevalence of obstructive sleep apnea in children? Okay. So the answer is, for those of you who chose to, it is two to eight years old and this is the typical time when the adenoids and the tonsillar tissue start to grow. Many times will outgrow the airway and lead to significant airflow limitation or obstruction. Dr Lindner is a sleep apnea dentist.

Now beginning to be a close second is our 14 to 18-year-olds.

Because they’re starting to have more adult type anatomy with excessive weight around the neck, and in the tongue, and so they’re starting to see more sleep apnea, in that generation, or in that age group. Although to be clear, it can present, and I’ve had many patients and all of these age groups. Okay, so how do we, when Dr. Leor Lindner is talking to parents and looking at a child’s mouth, trying to get an idea of who snores and who might have obstructive sleep apnea. So clearly, their caretakers as they stop breathing when they’re asleep, that is a given that testing is absolutely a necessity—so nighttime sweating. Sometimes, if you’re not breathing well, your oxygen is low, you can get a surge of epinephrine, which can lead to sweating in sleep, which is prevalent to see restless or agitated sleep. It’s not. Flip Flops like a fish out of water, right, that person may not be just for breathing. This can cause frequent arousal and can cause limited sleep quality. And this is something seen in adults and children, more commonly in children, people will learn unconsciously to sleep with their chin extended to, and if you’ve ever done CPR training, you know the jaw thrust opens the airway. And so you’ll see telling her to sleep with their neck out or their ten extended I’ve had a couple of patients who have learned to sleep with their forehead propped against a wall to help them stay asleep sounds crazy, but it’s true.

The other thing is, children who are predisposed to parasomnia are like sleepwalking. Sleep talking confusional arousal is night terrors, they mean to be more common because of these conditions. The more fragmented your sleep is, the more likely you’ll pop in to one of these parasomnias. Come, and then another thing that is not as well known as it should be is bedwetting or nocturnal enuresis has been associated with untreated obstructive sleep apnea.  Ask any ENT surgeon or person who follows people after their surgery, and often the bedwetting will resolve. And in our sleep medicine clinic, we deal with big letters all the time. Okay. What about daytime symptoms? So, if you see a child with an adenoids bases who are always mouth breathing, that’s a clue that they’re not moving here through their nose very well. And so that’s a risk factor nasal obstruction hypo nasal speech, you know when you’re hearing somebody talk to you. You can listen to them sound like they’ve got a nasal tinge to their voice. Morning headaches can be a symptom of obstructive sleep apnea in adults and children. The typical morning headache is not bad; it’s usually by frontal or across both sides. It’s mild enough it’s not going to slow him down too much, and it’s often gone by breakfast so some children and adults won’t even complain about it.

The child may be challenging to awaken. Of course, there are many reasons, but this is one if it’s like raising the dead to get your child to school. You’ve got to wonder, are they getting enough quality sleep. And then, excessive daytime sleepiness is something we all think about with obstructive sleep apnea but interestingly in children. While that can occur, you know, falling asleep in schools. We asked them if they have a hard time keeping their eyelids up when they’re sitting still listening to the teacher. But more commonly than not, especially younger children in elementary school and junior high school, they tend to not present with excessive daytime sleepiness. Still, they can have difficulty focusing on emotional dysregulation and poor academic performance. And then it seems like every week I get a parent bringing me their child who has been diagnosed with ADHD and because they’re snoring they want to sleep. And I will put a disclaimer here with ADHD; it’s a widespread condition. And while untreated sleep-disordered breathing can mimic ADHD symptoms, that is the exception and not the norm. However, if a child has attention deficit hyperactivity disorder and they’re not sleeping well, it’s like adding gasoline to the fire. Okay. Some of you may or may not know that the typical pug is a very high risk for sleep disorder breathing. These animals often have to have surgery to open up their nasal airway so they don’t die from the cardiovascular complications of obstructive sleep apnea. Alright, so clinical features in infants, often can be subtle. They don’t generate as much force as older children when he says they sometimes don’t snore much. But you can see increased work of breathing if they’re not growing well. Failure to thrive is a medical evaluation for a child who’s not growing that you want to look at their breathing and sleep. You can do infant sleep studies, believe it or not. Now, infants and toddlers for this matter when they get a respiratory tract infection a common cold and stuffy nose. They will snore, right and that’s because they got the congestion and tiny airways that close them off. When I tell parents this if they don’t snore when they don’t have a cold. If they sleep and stop breathing with a biting and that’s worth looking into. If you see children taking naps beyond age five. That is very unusual. You want to look at how they’re sleeping, do they snore and are they getting enough sleep opportunity. Mouth breathing difficulty swallowing speech problems in your new suite so things we’ve talked about before, but something we’ll see, as well as difficulty waking in the morning. Okay, so here’s just a list of a whole slew of medical conditions, some of which I’m going to touch on here, and some I’ll break out a bit more unpacking next. Our next couple of slides, which should be noted that it is very common to see children who have chronic medical conditions, are at an increased risk. Neuromuscular disorders like Muscular Dystrophy spinal muscular atrophy, are quite a high risk. These children tend not even to snore because their muscle weakness leads to them not to generate enough force. Making a dental appliance for sleep apnea  can solve the problem

Dr. Lindner has received specialty training in the field of sleep apnea and sleep disordered breathing.If you have slight to moderate sleep apnea there is an alternative to wearing the C.P.A.P, An Oral appliance made by Dental Sleep Specialist Dr. Leor Lindner in Greenville, SC. Call 864-485-6655